translate Translate
filter_b_and_w High Contrast Mode
Aa Aa Aa
Back
Use the box below to choose the language: 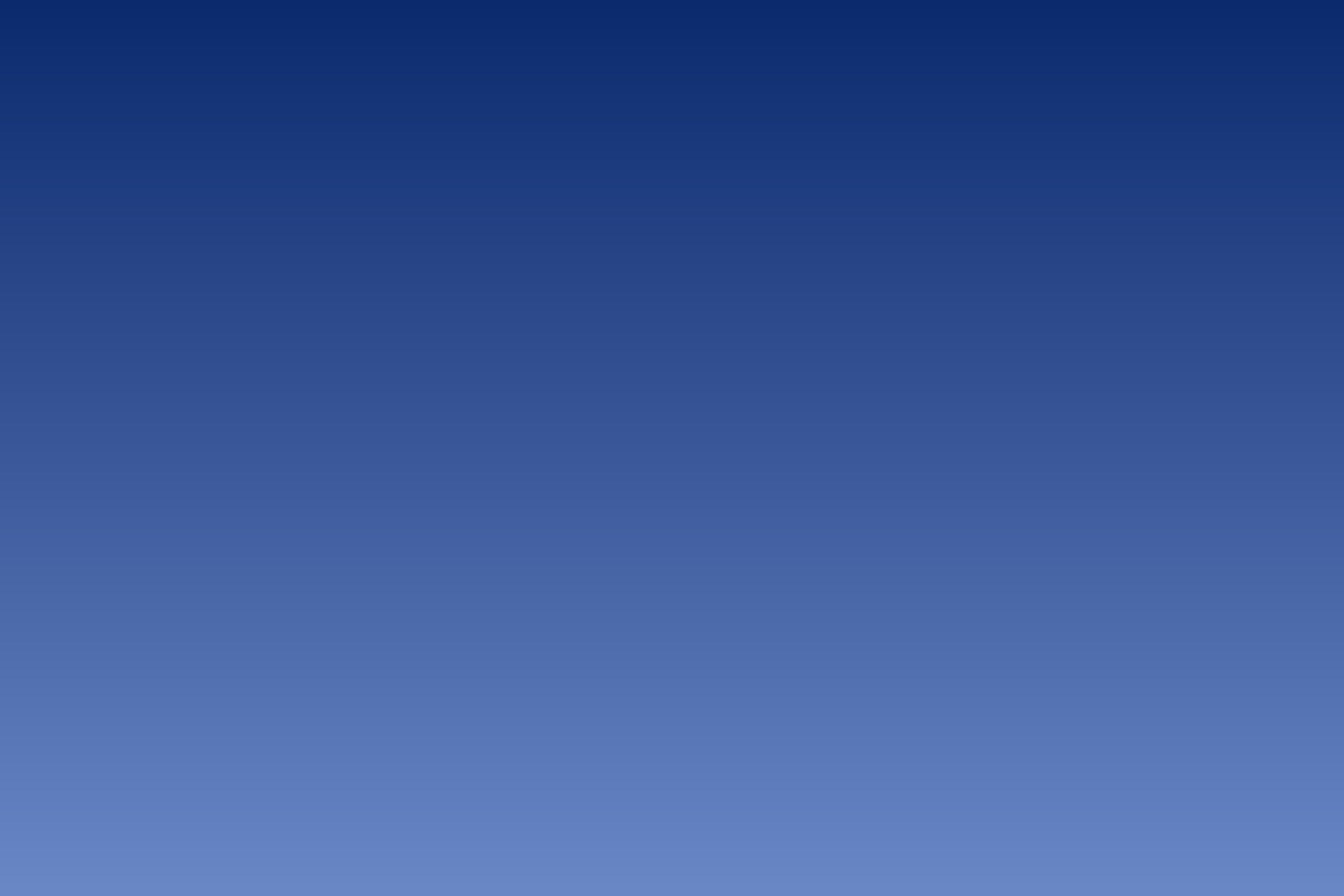 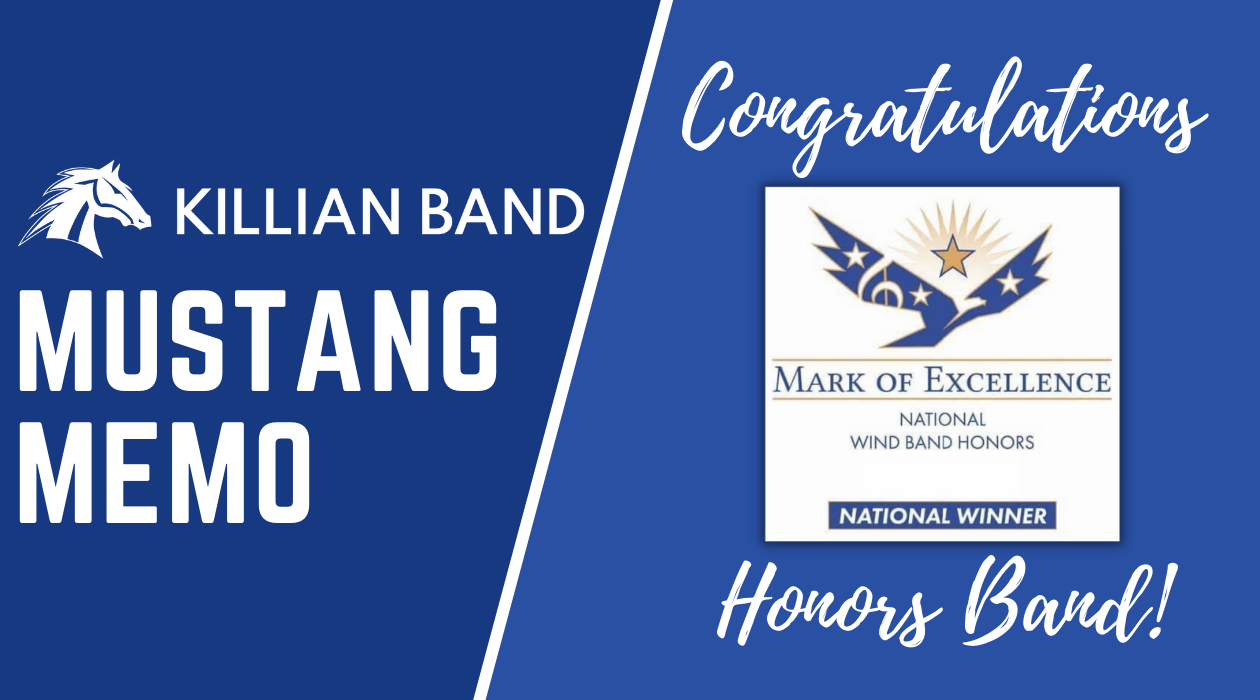 View the newsletter anytime at memo6.thekillianband.com 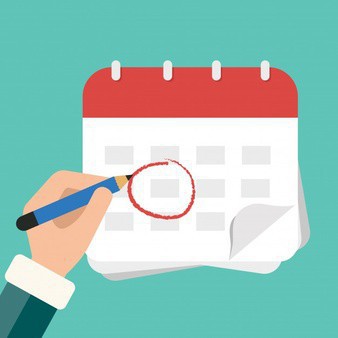 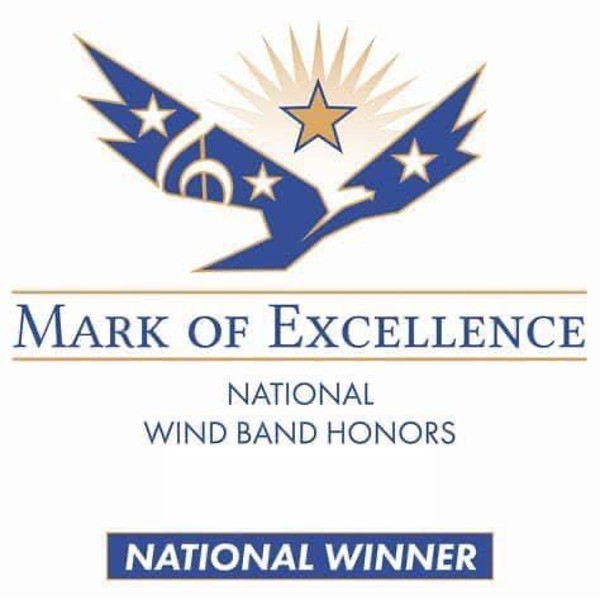 The Killian Middle School Honors Band is a National Winner in the 2022 Mark of Excellence National Wind Band Honors competition.

This is the sixth time the band has received this award and the first under Mr. Ousey’s leadership.

The Mark of Excellence is a national music competition that recognizes music programs and their ensembles for high standards in music performance. The competition is sponsored by The Foundation for Music Education, a national organization dedicated to the support and advancement of music education.

This year, 376 bands from 39 states submitted entries to the competition, and 18 middle school bands were awarded.

We are so proud of our amazing students! Congratulations, Honors Band! 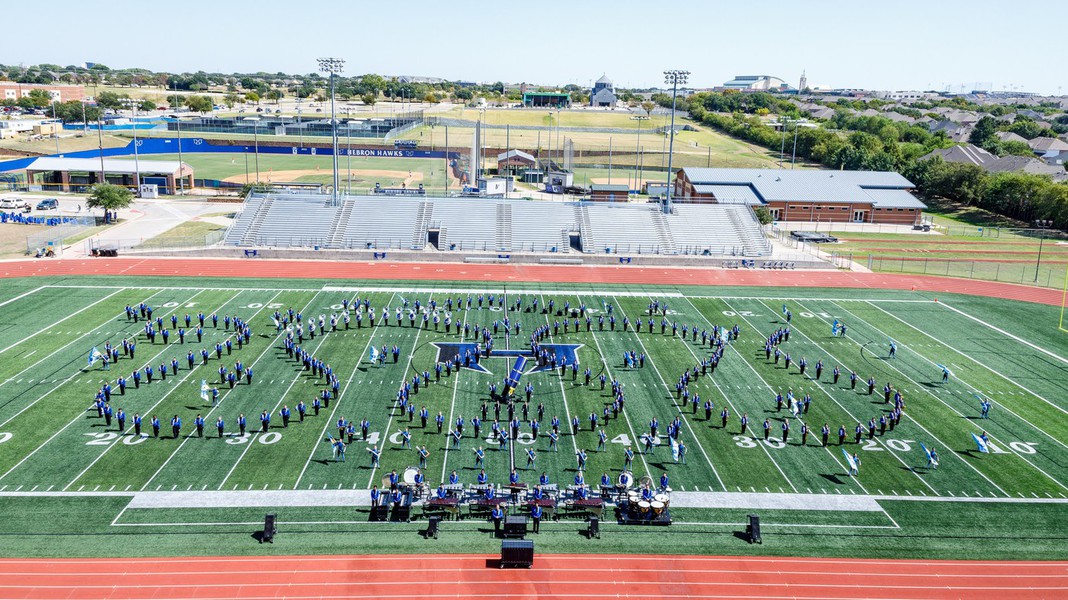 This Saturday, September 24th is the Hebron High School parent preview. In addition to special performances by the Hebron Band and Drumline, the Hebron cluster middle schools (including Killian) will also perform.

Gates open at 10:30 and the preview begins at 11:00 AM. All festivities are held in the Hebron High School Stadium. Read the 7th/8th Grade Memo for more details.

Come out and support the Hebron and Killian Band programs! 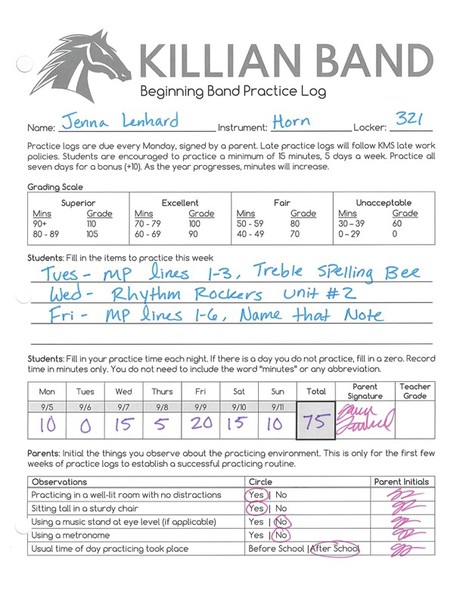 Weekly practice logs help students create and maintain healthy practice habits, so they experience the greatest chance of success in band. Additionally, practice logs are a minor grade weighted at 40% of your child’s overall grade in band.

For the next several weeks, practice logs will look like the attachment below:

Grades are determined by the total number of minutes practiced each week. The grading scale can be found on each weekly practice log. Earning more than 100 points is possible by practicing 80 or more minutes in a week. Additionally, if a student practices all seven days a week, they will earn an additional 10 points on their practice log.

If you have questions regarding practice logs, please contact your child’s band director. 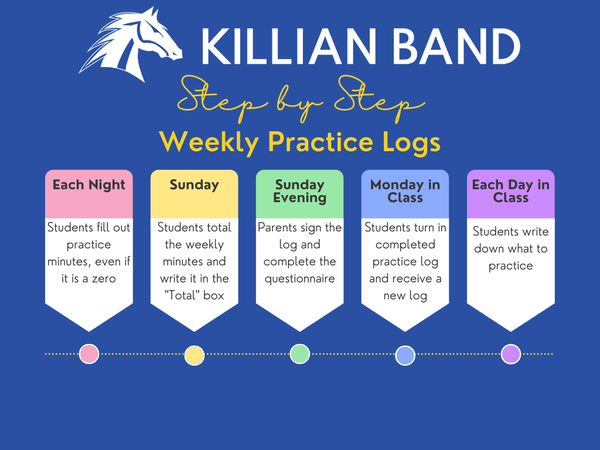 🚨 Charms Update, Forms, and Fees are PAST DUE! 🚨

➡️ NOTE: Only students with completed forms and fees will receive their official Band T-Shirt! ⬅️ 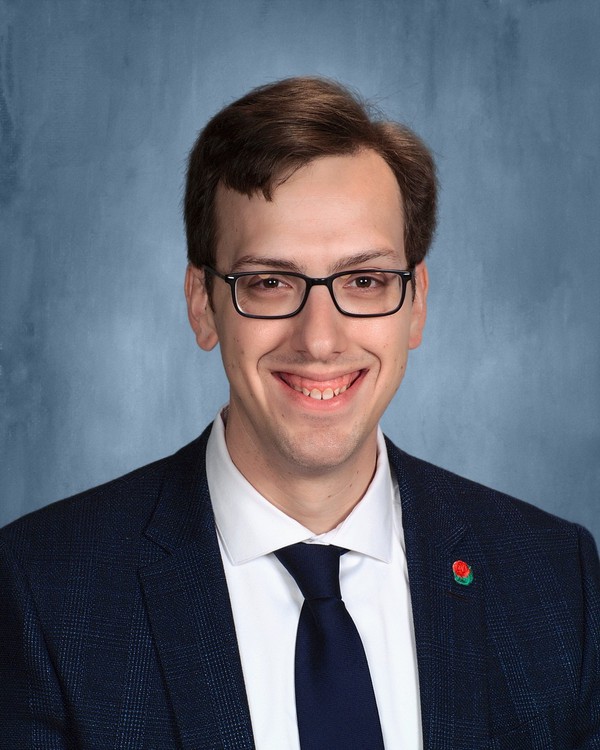 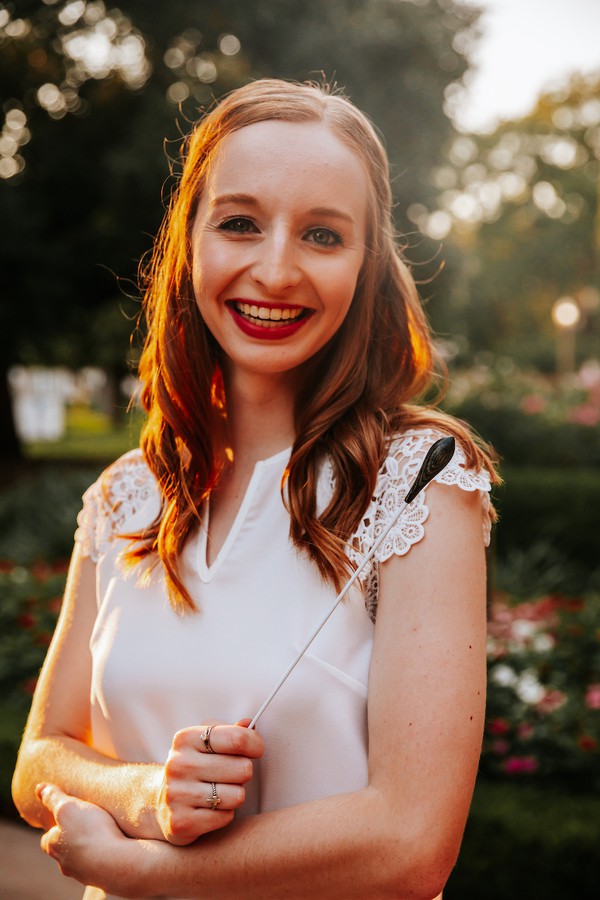 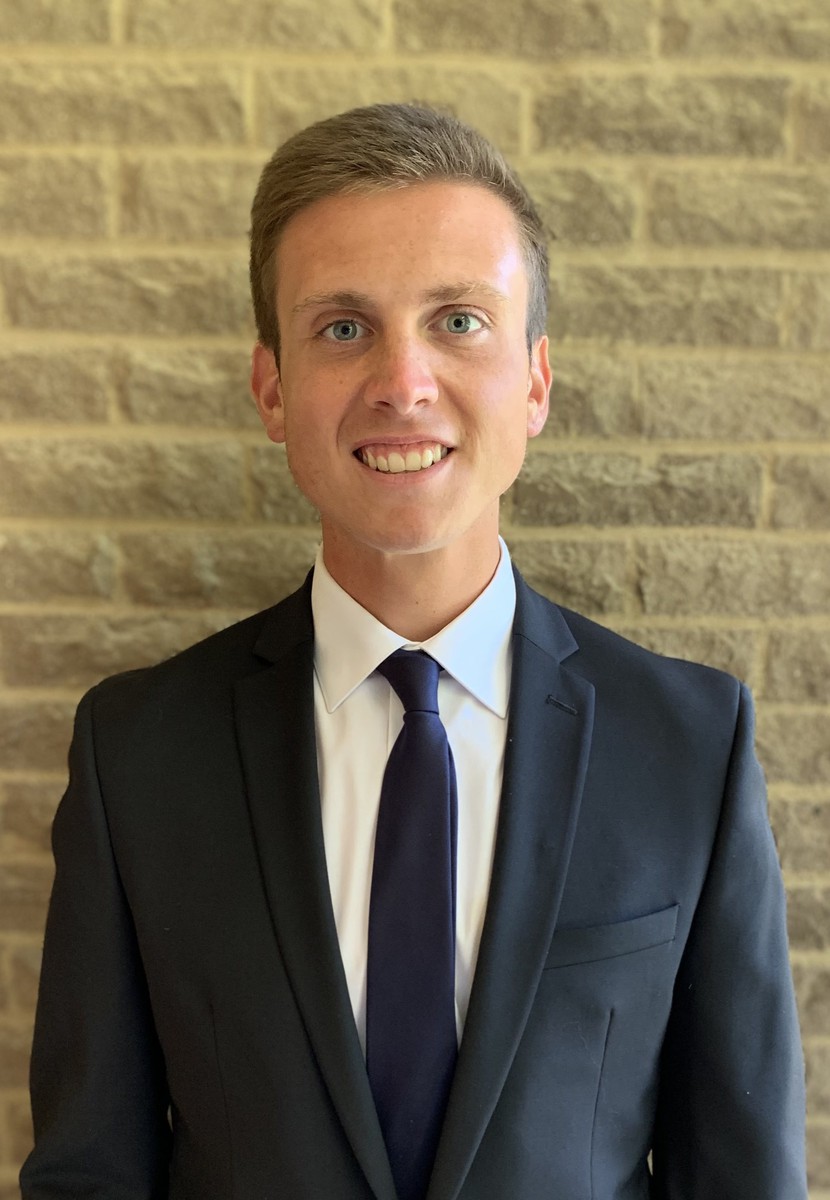 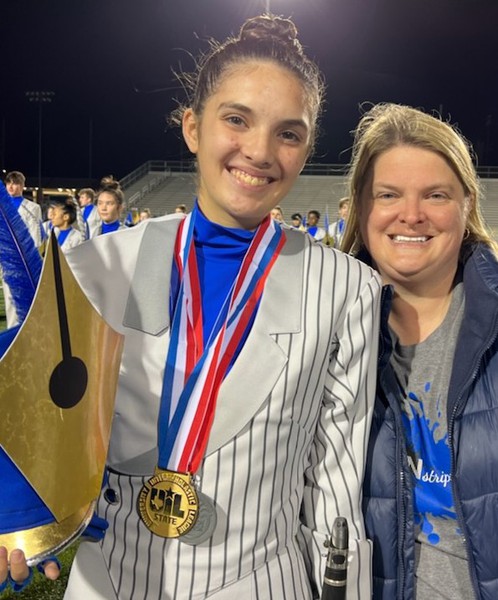 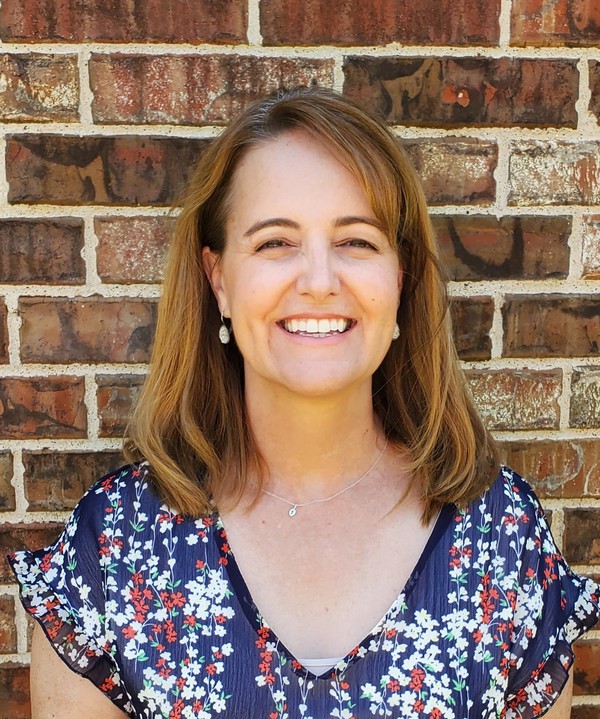 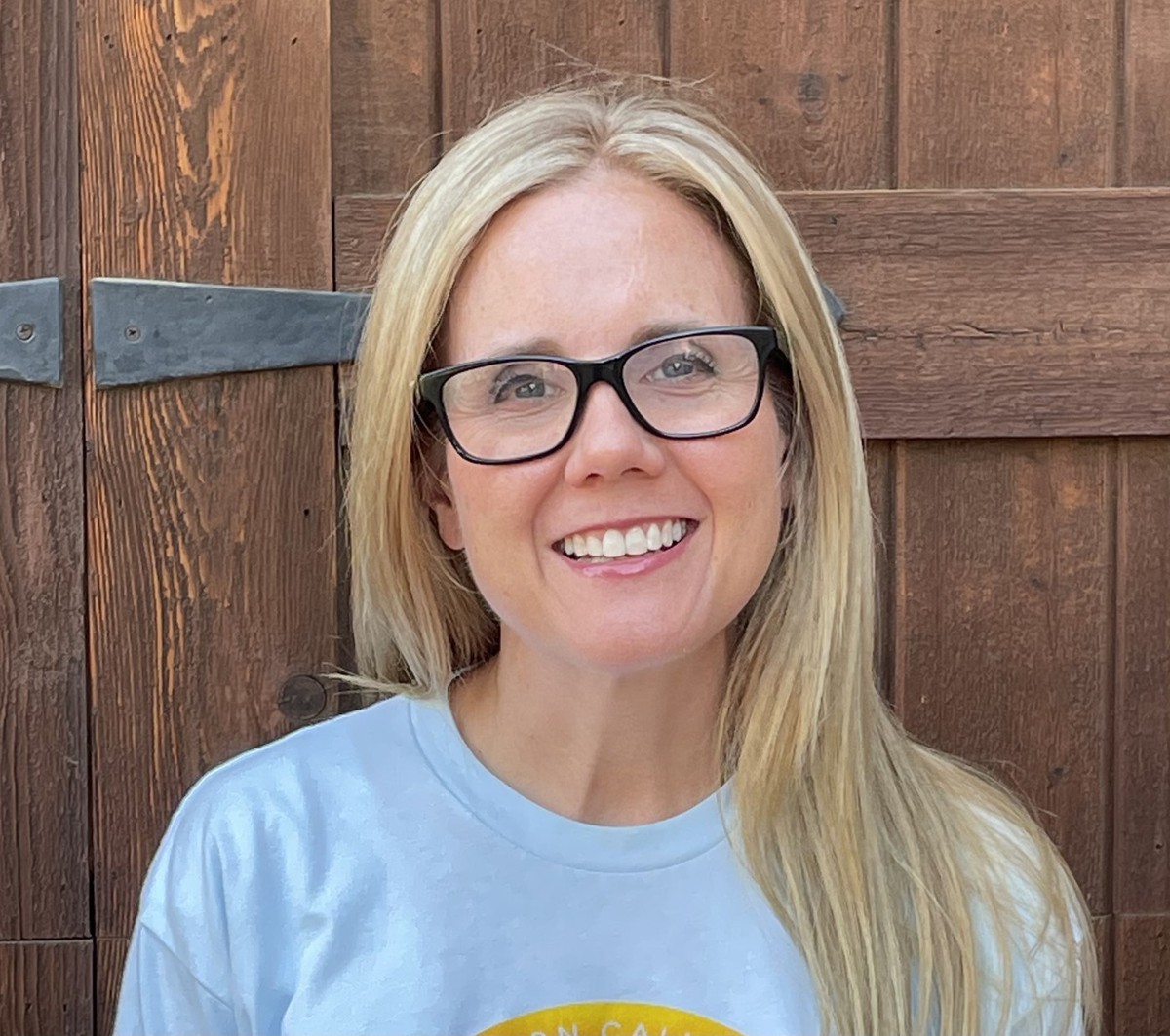 Visit the Band Website
The latest news, calendar, and information about the Killian Band. 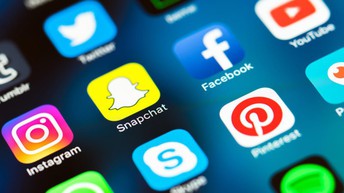 The Killian Band is a PROUD supporter of the

Killian Middle School Band
Website ›
Embed code is for website/blog and not email. To embed your newsletter in a Mass Notification System, click HERE to see how or reach out to support@smore.com
close
Powered by Smore
Powered by Smore